The blue city through the gaze of the great Greek author.

KAVALA IS THE MOST BEAUTIFUL CITY IN GREECE. AMPHITHEATRICALLY BUILT, SHE MIRRORS HERSELF WITH THE SEA TO THE OPPOSITE ‘ISLAND OF THE SIRENS’, THE BORDERING THASOS VASSILIS VASSILIKOS

Pre-war Kavala where I was born was for me as a child a heavenly place. Even when they jailed my father for participating at the Movement of 1935, when they get me to prison, the day before his execution, I was no more than one year old, smiling widely at the camera as he holds me in his arms behind the bars. (Eventually the execution was called off for the political members of the movement and was in effect only for the military ones. And in early 1938 he became the first Member of Parliament for the Prefecture of Kavala with the party of Alexandros Papanastasiou, who followed Venizelos’ policy.)
Everything changed suddenly with the invasion of the Bulgarians. (For the Bulgarian occupation of the city I wrote in 1949 the book “The silos” which was first presented in the Municipal Library of Kavala after an invitation of the Mayor, Dimitra Tsanaka.) In 1941 we left Kavala for Thessaloniki and we came back in 1945, when I went to the primary school of the Kariotakis Lyceum. (Later on, Kostas Kariotakis became my favourite poet.) In 1947 I was given a scholarship for the American College “Anatolia”, from where I graduated. But every summer we returned to the city with my sister Elsa, to see the grandfather and the grandmother. Grandmother welcomed us with her homemade ice cream and grandfather took me by the hand to the pastry shop beside the church of Aghios Pavlos to buy me loukoumades.
I had a special relationship with my grandfather, papa Lias. He was the lifelong cashier at the Mills of Georgis Nikoletopoulos (which survived the Bulgarians, but were blown up before 20 years or so by the Greeks to build upon it the new Municipality Mansion.) Until then, their silos were the trademark of the city, as it is the White Tower for Thessaloniki and Acropolis for Athens. This barbarism from a bank, who also brought the adjective “National”, is something I never came to forgive. 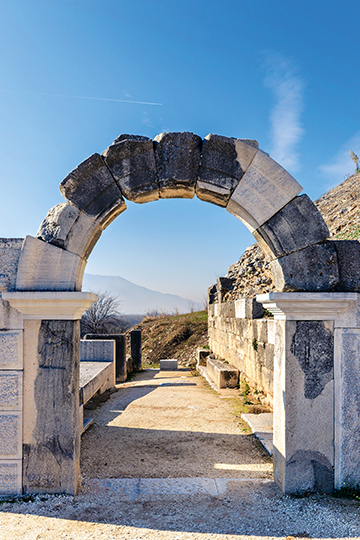 Anyway. Let’s talk about the pleasant things. My grandfather, whom I adored, was an avid hunter. He used to take me with him for hunting at the Shari Sampan meadow. Later on he gave me a Flobert gun. And as from the Kariotakis Lyceum I went to the poet, thus from my grandpa’s Flobert I ended to Flaubert and I became an author. Nevertheless, this was also my grandfather’s fault, who was a great story-teller. He was telling me stories of wild monsters from the Amazonian jungle, where he never stepped a foot in his life. And I was in awe. So, together with Flaubert, papa Lias helped my entrance, in small age, to the tale and the comfort of literature.
But I knew nothing about the story of the city I was born into and loved so passionately. Until the Allagi [Change, when Andreas Papandreou was elected Prime Minister], when Lefteris Athanasiadis became Mayor of the city in 1982, and among his many merits and the good deeds he did (as the biological cleaning with headquarters… in Copenhagen) he developed historiography. And thus, due to the leader of the archive research, Nikolaos Rudometov, who was recently deceased, I too learned in which city I was born into and all the story of my at first (1926) Marxist father, a story I totally ignored (I knew only his later love for Eleftherios Venizelos and after the war for “the Old man of Democracy”, Georgios Papandreou, with whose party he didn’t have the happiness to be elected (for 10 or 20 crosses every time). On the back of these useless then ballot papers, with the five candidates of the Liberals, I started writing my first short stories. That’s how I hated politics since I was a child and I was never a candidate, beside the pressuring inviatitions. And now I know the past of the city, the “little Moscow” as they used to call it when Pasalidis was Mayor (1936-1940), the fighting spirit of the tobacco workers, the heroism of many people of labor and I’m proud I took the Nobel prize in my city, when Mayor Kostas Simitzis gave my name to the Municipal Library.
Kavala is the European capital of chess. Stavroula Tsolakidou from Kavala is the world champion.
Kavala is the most beautiful city in Greece. Amphitheatrically built, she mirrors herself with the sea to the opposite “island of the Sirens” (according to Homer), the bordering Thasos. The Kavalians I have met, of Greek and foreign Diaspora, love and honour their city, wherever they are. Even the men who did only their military service here are talking for these years with great nostalgia.
What the city misses is its expansion through sea. The development of religious tourism, based on the first foot that stepped in Europe by the Apostle of the Nations in Philippi. A good football team as it was “The Philippi” in the old times. (Football today is the biggest no-subject advertisement show.) And… the Ministers. Kavala can’t have every time four MP’s from the one or the other party and none of them becoming a Minister.
Nevertheless, culturally it is at the forefront. With its annual Festival, the Literary School of Kavala that started with Fotos Prasinis, was enhanced with Yiorgos Himonas, and today has many renowned in Greece novelists, poets, composers, musicians (such as the world-famous soprano Alexia Voulgaridou), play writers and actors.
And it also has in its provision the first in Greece passionate historian of Macedonia, with a flood of books for the last 60 years, my father’s assistant at his law firm and later Minister of Northern Greece, Nikos Martis, whose name was never mentioned even once in the turbulence the Treaty of Prespa caused. 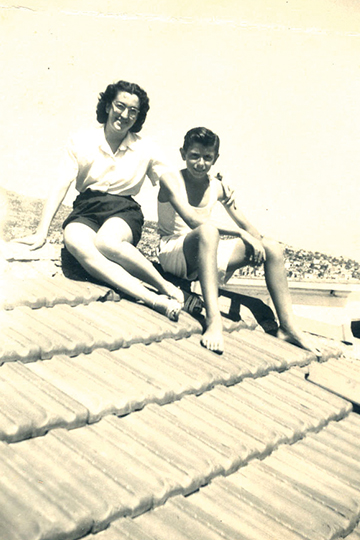