A bird’s eye view to the Greek ancient treasures of the Aegean. 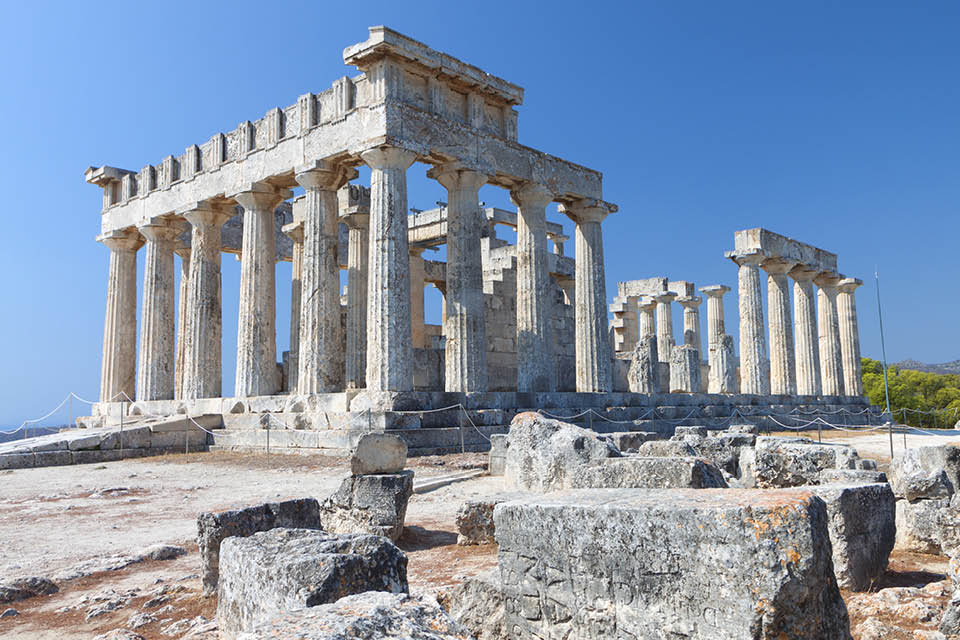 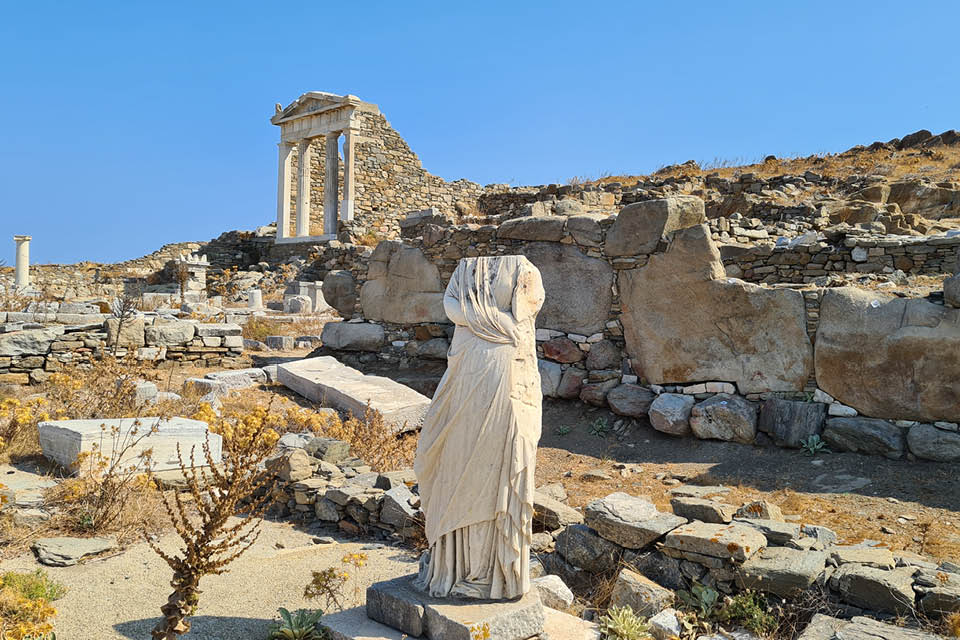 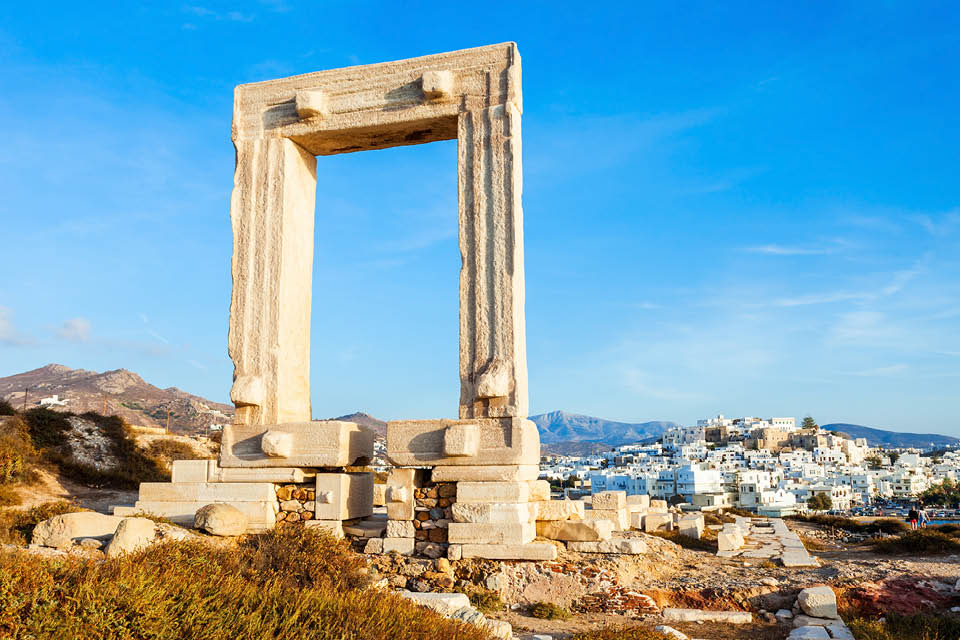 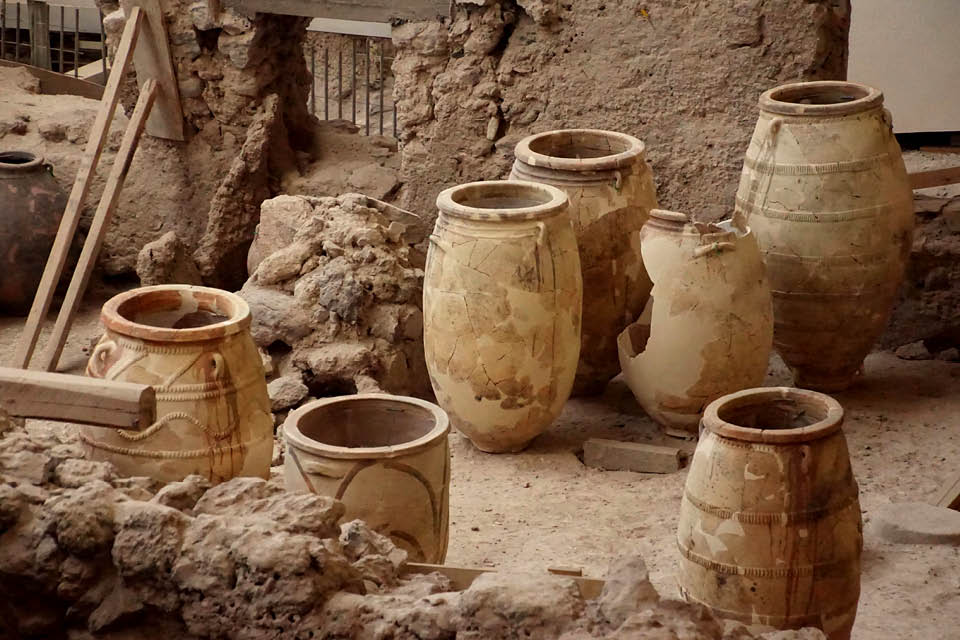 Archaeological site of Akrotiri, Santorini
THE TINY ISLAND OF DELOS HAS ONE OF THE MOST IMPORTANT ARCHAEOLOGY SITES IN GREECE. THE ONLY WAY TO VISIT THE SITE IS TO GET A DAY RETURN FERRY FROM A NEARBY ISLAND (MYKONOS, PAROS OR NAXOS). THERE IS NO ACCOMMODATION ON THE ISLAND

Temple of Athena Aphaia / Aegina
Dedicated to goddess Athena, the temple is one of the architectural masterpieces of Ancient Greece.

Island of Delos
According to the myth, Apollo was born here, his sanctuary attracting pilgrims and Delos becoming a prosperous trading port. The island bears traces from the 3rd millennium B.C.

Temple of Apollo /  Naxos
Portara, the landmark of Naxos, located on the islet of Palatia, is a huge marble gate constructed during the tyranny of Lygdamis (6th century BC).

Archaeological Site of Skarkos / Ios
Located in Kambos, the settlement hosts the traces of the biggest known settlement of the Bronze Era. (Heritage Prize of E.U. 2008). 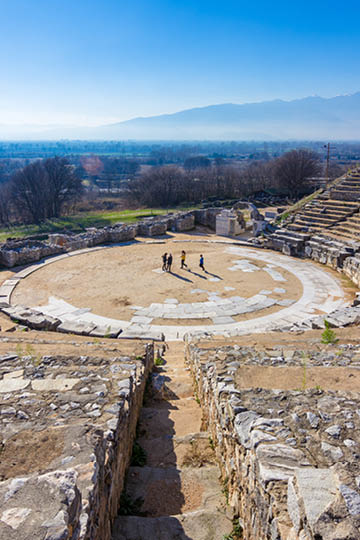 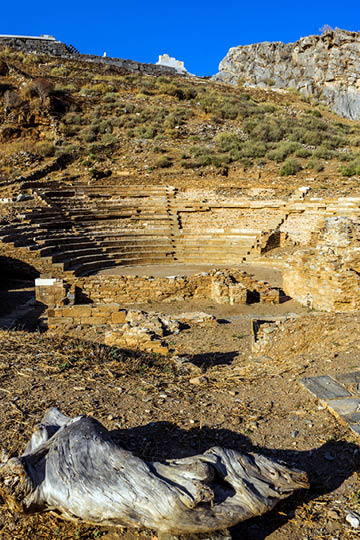 Ancient City of Karthea, Kea
ANCIENT CITY OF KARTHEA, KEA
THE MONUMENTS OF KARTHEA INCLUDE A DORIC TEMPLE OF ATHENA GODDESS AND THE ARCHAIC TEMPLE OF PYTHION APOLLO. THERE IS ALSO THE TEMPLE OF GODDESS DEMETRA.

Archaeological Site of Keros / Keros
One of the most important centers of the Cycladic civilization, hosts the remnants of a cemetery along with fragments of marble statues.

Archaeological Site of Philippi / Kavala
Founded in 356 BC by the Macedonian King Philip II, the city developed as a “small Rome” and later became a center of the Christian faith.

Heraion / Samos
Herodotus considered the Heraion as “the most impressive temple in Greece of his time.” (UNESCO World Heritage Site).

Efpalinos Tunnel / Samos
A Tunnel, of 1,036m, was constructed in the 6th century BC as an aqueduct, is the second known tunnel in history which was excavated from both ends, considered as a marvel of engineering. (UNESCO World Heritage Site). 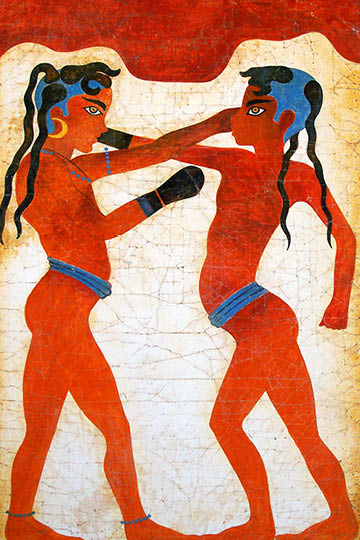 An exclusive paradise on Spetses