Start your engines and count down the days to meet again at the start line, in the biggest athletic date, the Authentic Marathon. 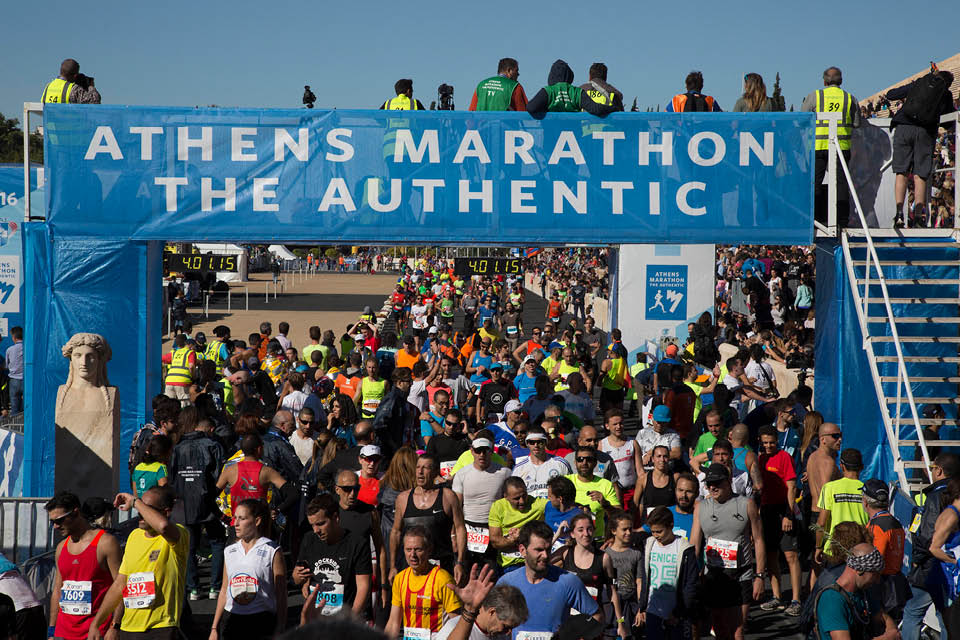 THE MARATHON RACE HAS ALWAYS HAD A PROMINENT PLACE IN THE HEARTS AND MINDS OF SPORTS ENTHUSIASTS, AS IT REPRESENTS THE HIGHEST EFFORT WHERE THE HUMAN BODY, SOUL AND MIND ARE TESTED TO THEIR LIMITS AS THE RUNNER PUSHES HIMSELF/HERSELF TO REACH THE FINISH LINE

The Athens Marathon is an institution where the past unites with the present, in a remarkable contest of power and will. Over 63,000 athletes of all ages from approximately 105 countries will participate in the emblematic route that has its roots in 490 BC.

This year’s event will take place over two days, 13and 14 of November, under the aegis of the Hellenic Amateur Athletic Association. It includes the classic Marathon, Power Walking, the 10 km Road Race, the 5 km Road Race and the 1200 km Kids Race.

HISTORY / The Marathon is the same course that the ancient Greek messenger Pheidippides, the winner of the first Olympic Games Spiros Louis and the Balkan Games winner, pacifist, politician and doctor Grigoris Lambrakis, after whom the event is named, ran. Each of the three legendary runners had a different goal, but they all shared a glorious spirit. They inspire today’s athletes taking part in the Authentic Marathon, which was awarded the “Athletic Heritage Plaque” this year by IAAF.

Among all the Olympic sport events, the Marathon Race stands out as it was born by a true historic and heroic event. It was a true triumph accomplished by a news-bearing foot soldier from ancient Athens, who announced – which were his last words – the victory of the Greeks against the Persians during the Marathon Battle in 490 BC. The 42,195m Marathon Race became one of the most competitive events during the revival of the Olympic Games in 1896. A Greek athlete named Spyros Louis, running what has ever since been referred to as the Original Marathon Course from the ancient city of Marathon to the Panathenaic Stadium in Athens, won the gold medal of  the first modern Olympic Games and became a legend of Greek and International Athletics. 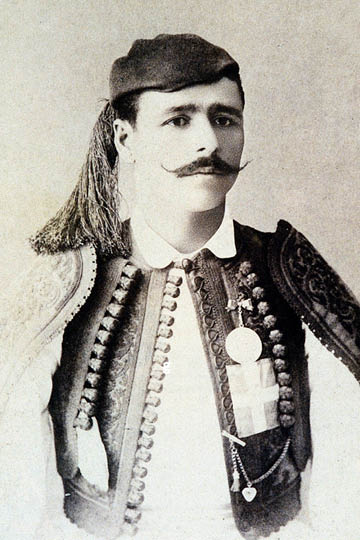 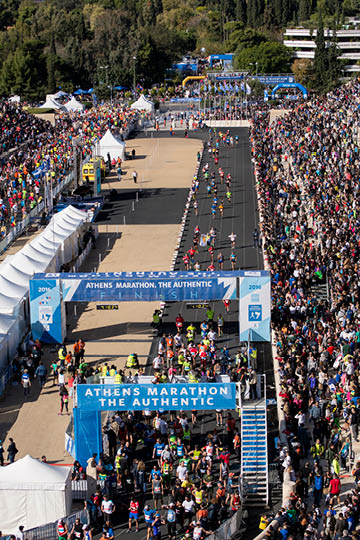 Photo credits: Siori Lydia
PANATHENAIC STADIUM
THE PANATHENAIC STADIUM IS LOCATED ON THE SITE OF AN ANCIENT STADIUM AND FOR MANY CENTURIES HOSTED GAMES IN WHICH NUDE MALE ATHLETES COMPETED (GYMNIKOI AGONES) IN TRACK EVENTS, ATHLETICS CHAMPIONSHIPS AS WE WOULD CALL THEM TODAY. THE GAMES, WHICH SINCE ANTIQUITY HAD BEEN HELD IN AN AREA FAR FROM THE CITY, WERE INCLUDED IN THE PROGRAMME OF THE PANATHENAIA FESTIVAL CELEBRATIONS IN 566/565 BC. WHEN THE ORATOR LYKOURGOS ASSUMED RESPONSIBILITY FOR THE FINANCES OF ATHENS, IN 338 BC, HE INCLUDED IN THE PUBLIC WORKS CARRIED OUT IN THE CITY THE BUILDING OF A STADIUM.

SEGAS, the Hellenic Athletics Federation, is honoured and at the same time has the historical responsibility to organize annually the Athens Classic Marathon on the Original Marathon Course. Since 1982, the Athens Classic Marathon has been dedicated to Gregoris Lambrakis, the athlete, scientist and Member of Parliament, who was murdered in the 60’s and, after his death, became a symbol of Human Rights.

Thousands of runners from all over the world are expected to participate in every year’s race. Apart from the sporting experience, they will have the chance to enjoy the traditional Greek hospitality, discover the fascinating landscape of our country and explore a city which is constantly improving its standards. 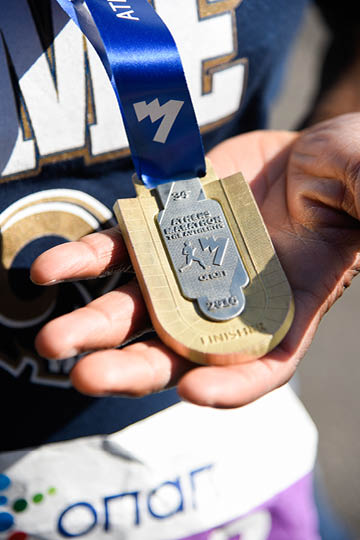 He delivers fresh pastries at your door

A great escape all year long

Shinrin yoku (or how to do forest bathing in Athens)

The new bread craze in town is called Kora