Shinrin yoku (or how to do forest bathing in Athens)

The definition of Forest Bathing, or shinrin-yoku, is the act of spending time in a forest and opening your senses to the natural surroundings to experience feelings of peace and wellbeing. 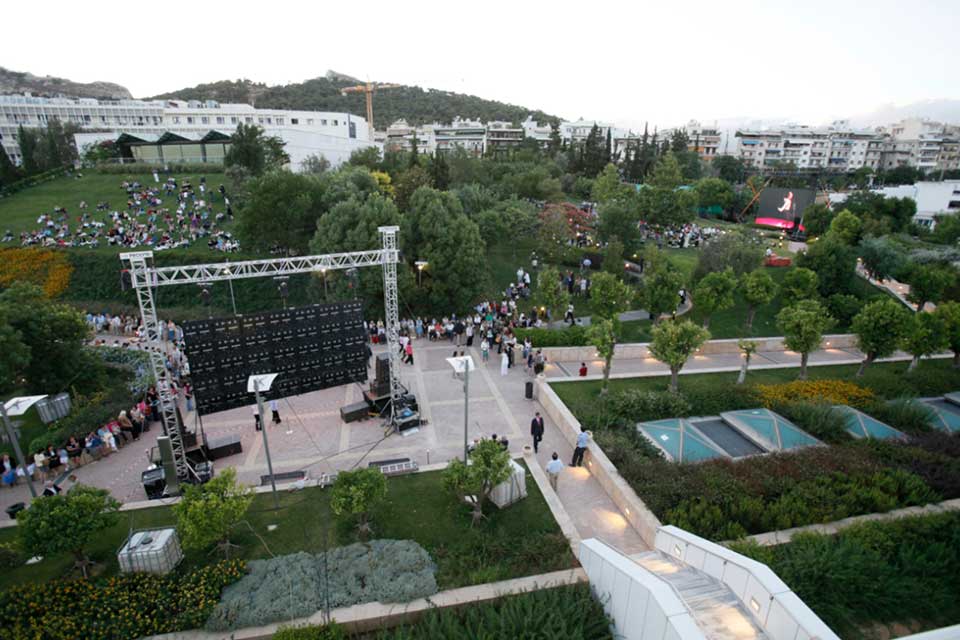 Diomedes Botanical Garden
Temple of Olympian Zeus, Athens, Yang Yang / Unsplash
THIS ANCIENT JAPANESE PRACTICE IS A PROCESS OF RELAXATION, KNOWN IN JAPAN AS THE SIMPLE METHOD OF BEING CALM AND QUIET AMONGST THE TREES, OBSERVING NATURE AROUND YOU WHILST BREATHING DEEPLY, THAT CAN HELP DE-STRESS AND BOOST HEALTH AND WELLBEING IN A NATURAL WAY

Shinrin yoku. No, it is not a new temple of Asian gastronomy. It is a trend, it is a philosophy of life, it is a natural method of being cool and zen. To make a long story short, you will find Shinrin yoku also as Forest Bathing. This ancient Japanese practice is a process of relaxation, known in Japan as  the simple method of being calm and quiet amongst the trees, observing nature around you whilst breathing deeply can help both adults and children de-stress and boost health and wellbeing in a natural way. Forests and Parks in Attica to discover the power of the nature.

National Garden / Its old name was Royal Garden, because it was founded by Queen Amalia in 1836. Its formation began in 1839-1840 with the planting of 15,000 ornamental plants from Milan. Among the plants associated with its history are the age-old holly oaks, the casuarinas, the Tuscan and Mediterranean cypress and the Canary Island date palms. It includes lakes, ancient ruins, as well as a sundial. Open from sunrise to sunset.

Zappeio Hall / About 83 acres of greenery function as a natural continuation of the National Garden. The statues and busts of important Greek politicians, kings and historians that are hosted in the courtyard of the Palace, capture a large part of modern Greek history. zappeion.gr

Eleftheria (Freedom) Park / Next to the Athens Concert Hall with easy access from the metro. Its trademark, the statue of Eleftherios Venizelos, work of the sculptor G. Pappas and the grass hills. At the back, the preserved stone buildings were used for military purposes during the Balkan Wars. Its name is due to the fact that fighters for democracy were imprisoned there during the dictatorship. Tour the Music and Arts Centre of the Municipality of Athens, the “Eleftherios Venizelos” Museum and the Museum of Anti-Dictatorship and Democratic Resistance.

Athens Concert Hall Garden / Behind the Concert Hall, the area is verdant, with tall trees, colourful flowers and extensive lawns. The Garden is open to the public daily from 10 in the morning until sunset and in the summer it hosts musical events of the Concert Hall. megaron.gr

Pedion tou Areos / A large public park that runs parallel to Alexandras Avenue and has given its name to the district that surrounds it. Its area exceeds 250 acres and in its premises there are sculptures and monuments of different periods.

Filopappou Hill / A forest in the city with rich fauna with rare species of turtles and over 120 different species of birds. In addition to the monument of Philopappos, it includes the Pikionis paving and the Loumbardiaris chapel.

Pagrati Grove / It was created in 1908 by planting trees on an area of many acres, initially with pines, while other plants of Mediterranean origin were added later.

Attiko Alsos / It is located on the border of Athens, Galatsi and Psychiko at the tip of the Tourkovounia range. It has an area of about 600 acres and hosts at least 95 species of birds. It includes an open-air theater, a summer cinema, ten tennis, volleyball and basketball courts and two playgrounds.

Aesthetic woods of Hymettus / On the west side of Mount Hymettus, it has an extensive network of paths of various sizes. There are interesting monasteries and chapels, while you can exercise freely on the roads, paths and in specially designed areas in Kalopoula, Agios Ioannis Prodromos, Agios Georgios Koutalas, Pyrgos and in the squares of Kaisariani Monastery. 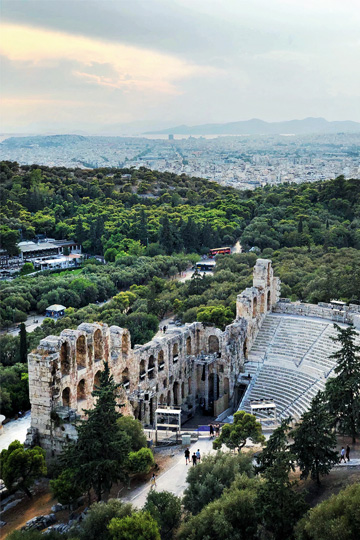 PARNITHA NATIONAL PARK
THE LARGEST AND HIGHEST MOUNTAIN IN ATTICA IS A LARGE COMPLEX RUNNING FROM EAST TO WEST, WHICH IS JOINED TO THE WEST BY MOUNT PASTRA AND THE PLATEAU OF SKOURTA. WITH THREE VEGETATION ZONES DEPENDING ON THE ALTITUDE, IT HAS RICH FLORA AND FAUNA, MAINTAINING THE MOST PROSPEROUS POPULATION OF RED DEERS IN GREECE. IT IS CRISSCROSSED WITH HIKING TRAILS AND IT HAS SHELTERS, ANCIENT MONUMENTS, AQUEDUCTS, ALTARS OF WORSHIP AND FORTRESSES.

Syggrou Estate / Also known as Forest or Grove of Syggrou, it is located on the border of the municipalities of Kifissia, Maroussi and Melissia. It is the only remaining natural forest in the area. Its attractions include the mansion of the Syggrou family, created by Ernst Ziller and an orthodox church of interesting architecture.

Papagou Park / In an area of 80 acres it has thousands of species of plants and trees. With cobbled streets, lakes, playground, courts, outdoor fitness equipment, a garden theater and a cafe-restaurant.

Stavros Niarchos Foundation Cultural Center / Designed by the Renzo Piano Building Workshop, the SNFCC is an environmentally sustainable, international cultural, educational and recreational urban site. It includes the facilities of the National Library of Greece and the National Opera, as well as the Stavros Niarchos Park, with an area of 210 acres.

Sounio National Park / The smallest national park in the country belongs to the Municipality of Lavreotiki and has great historical and geological interest. From antiquity, ores were mined in the quarries of the area, hence the many underground galleries and tunnels.

Antonis Tritsis Metropolitan Park / Within the Municipality of Ilion, is the largest Metropolitan Park of Attica, with a total area of about 1,200 acres. It has rich flora and fauna and large bodies of water, with six artificial lakes. parkotritsis.gr

Philadelphia Grove / Located between the Municipalities of New Philadelphia and New Ionia. It began in 1914, when the first official tree planting of the then bare hill took place. With lush vegetation, terraces and a beautiful lake. The richness of the fauna for such a small area is surprising, starring the European green toad and many species of birds. dimosfx.gr

Diomedes Botanical Garden / This is an ecosystem in Haidari, where native forest and cultivated species grow, a feature that makes it one of the rarest cases of botanical gardens in the world. The cultivated sections are divided into thematic and geographical units. diomedes-bg.uoa.gr

Egaleo Grove / Commonly called Baroutadiko, named after the old gunpowder factory of the area that operated there until 1970, the tree-planted area of 134 acres is the largest green lung in the heart of West Attica. The open-air theater Alexis Minotis is also there.

Schinias National Park / Forty kilometers. from Athens, it comprises a complex ecosystem with wetland, a coastal pine forest and a sandy beach in the bay of Marathon. For hikers there is a maze of paths.

Between the garment and artistic expression