LIFE ON THE SHORES OF THE MYTHICAL LAKE

The Environment Museum of Stymphalia

The Environment Museum of Stymphalia is located on the slope of one of the verdant hills surrounding Lake Stymphalia where, according to mythology, Hercules confronted and slew the Stymphalian birds. 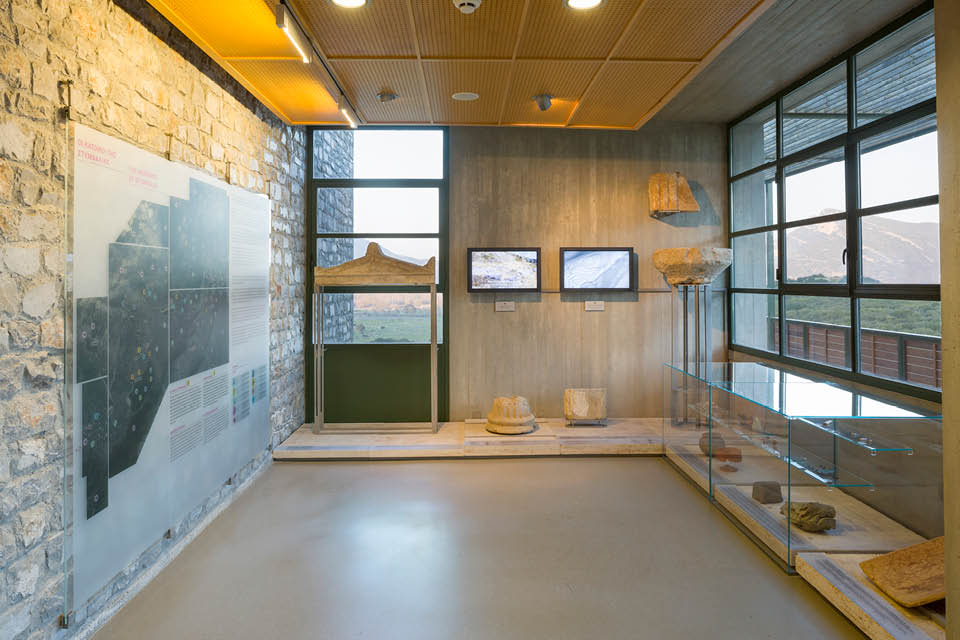 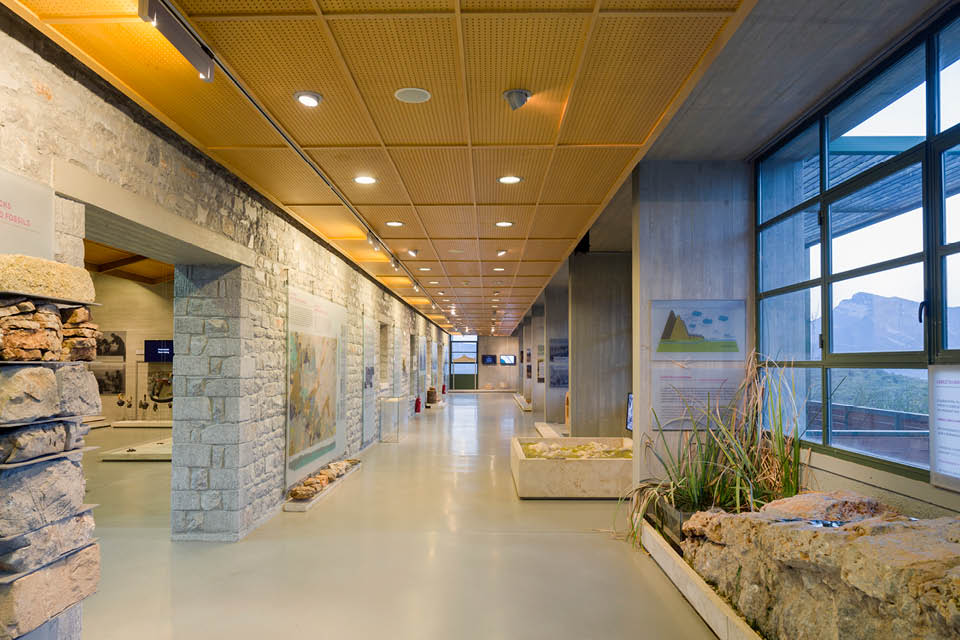 The Environment Museum of Stymphalia is located in the mountainous area of the prefecture of Corinth, there where, according to mythology, Hercules confronted the Stymphalian birds. The plateau of Stymphalia is surrounded by the mountains of Kyllini (Zireia), Oligyrtos, Mavrovounio and Gravias, on the southern side of the prefecture of Corinthia. The water basin of Stymphalia is considered to be the largest mountain water basin of the Peloponnese, at the same time as being the Balkans’ southernmost mountain wetland. lts main interest resides in the lake’s rich organic world, as well as in the underground and visible ways along which the water circulates.

The region’s ecological value, centred on the lake and its rich forests, is confirmed by its inclusion in the European Network of Protected Areas NATURA 2000.

The aim of the Environment Museum of Stymphalia is to show the interdependence of humankind and nature and their harmonious coexistence in the Stymphalia basin. The basic goals of the museological approach are to raise the public’s ecological awareness and preserve the knowledge relating to the region’s traditional technology. This objective is reflected through museology by the exhibition’s development in two exhibition units: the first presents the environment in this region, while the second marks the way in which the environment influenced the development of human activity and in particular that of traditional occupations. Various means of expression and audiovisual media are used to ensure α better understanding of the exhibition’s content. Pictorial presentations refer to the objects’ use and are accompanied by corresponding audiovisual material of an educational nature. The exhibition’s goals are supported by models and interactive applications, digital representations and documentary films.

Also, for the first time in Greece, απ accessible cross-section of the lake in the museum’s interior offers the visitor the possibility of observing, closely, some of the region’s plants and fish. The Environment Museum of Stymphalia also comprises a cafeteria and α gift shop, while its multipurpose hall offers the possibility of developing cultural actions in the provinces, namely by hosting temporary exhibitions and organising cultural events. The Environment Museum of Stymphalia belongs to the Network of thematic Museums of technology of Piraeus Bank Group Cultural Foundation (ΡΙΟΡ). For its creation, the Municipality of Stymphalia ceded to the Foundation the use of the premises. The project of the Museum was included in the Regional Operational Programme of the Peloponnese of 2000-2006 and was funded by the Third Community Support Framework and Piraeus Bank. 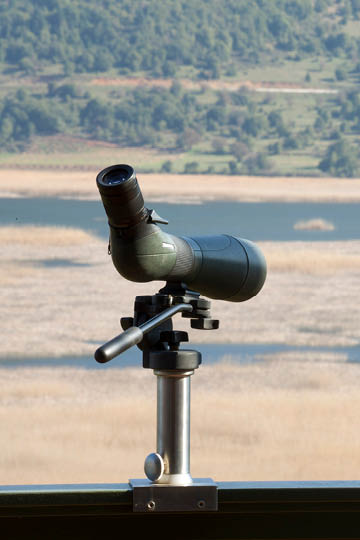 The History
The Environment Museum of Stymphalia opened to the public in 2010. It belongs to the Municipality of Stymphalia and operates under the responsibility of the Piraeus Bank Group Cultural Foundation, which is also responsible for its continued functioning for a period of fifty years since its establishment.

The Municipality of Stymphalia (today’s Municipality of Sikyon) and the Forestry Department of Corinth conceded a plot of land in the mountainous part of the Korinthia prefecture, with the objective of an Environment Museum being built on it. The project was included in the 2000-2006 Regional Operational Programme of the Peloponnese and was financed by the Third Community Support Framework, with the contribution of the Piraeus Bank Group.

The Museum’s building was designed so as to take advantage of the local climate’s positive elements, such as the fresh breezes for its natural cooling and solar energy for the winter months.

The basic element of its design was, also, the uninhibited view towards the lake. The Museum juts out from the sloping land, vigorously stating its presence.

In 2008, the building was awarded a Special Mention in the Architecture Awards of the Hellenic Institute of Architecture; it has also been included in The Phaedon Atlas of 21st Century World Architecture.

ΟΡΕΝΙΝG HOURS
From 1 March to 15 October:
Daily (except Τuesday), 10:00-18 :00
From 16 October to 28 February:
Daily (except Tuesday), 10:00-17:00
Closed οn: Τuesdays, as well as on
January 1 st, Good Friday (until 12 noon), Easter Sunday,
Μαy 1 st, August 15, September 14 (local feast day),
December 25 and 26
ADMISSION
General: € 4
Concessions: € 2
Groups
lt is advisable to contact the Museum in advance, in
order to obtain better service.
Disabled persons
There is no admission fee for disabled persons. Groups
should definitely contact the Museum in advance to make
the necessary arrangements.
Photography, Filming
Amateur photography and videotaping is permitted.
Those wishing to take photographs or film the exhibits
for professional purposes should obtain ο special permit
from ΡΙΟΡ.

The Parthenon of Peloponnese

Wish you were here

A toast to design