A few months after the release of his latest film “Kazantzakis” the multi-awarded and Cretan-born director Yannis Smaragdis spoke to Greece Confidential about the biographical film of the life of the Greek writer Nikos Kazantzakis, the simplicity of life and the majesty of Crete. 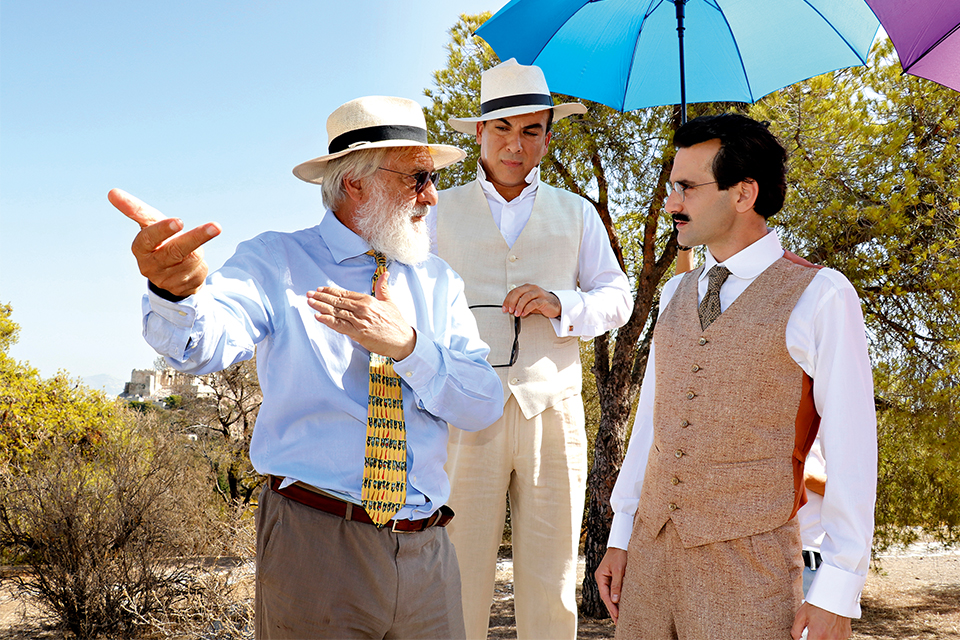 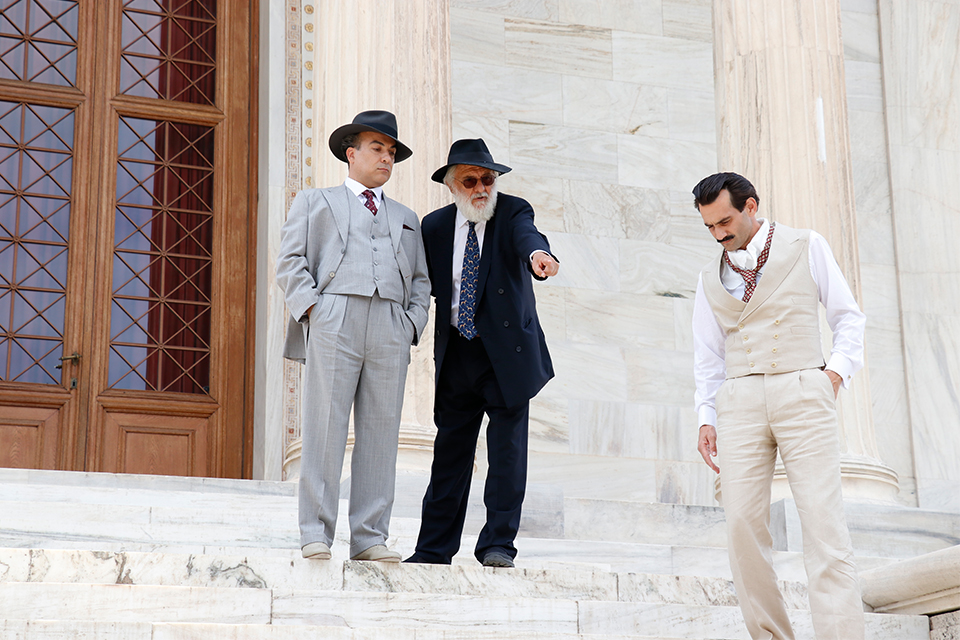 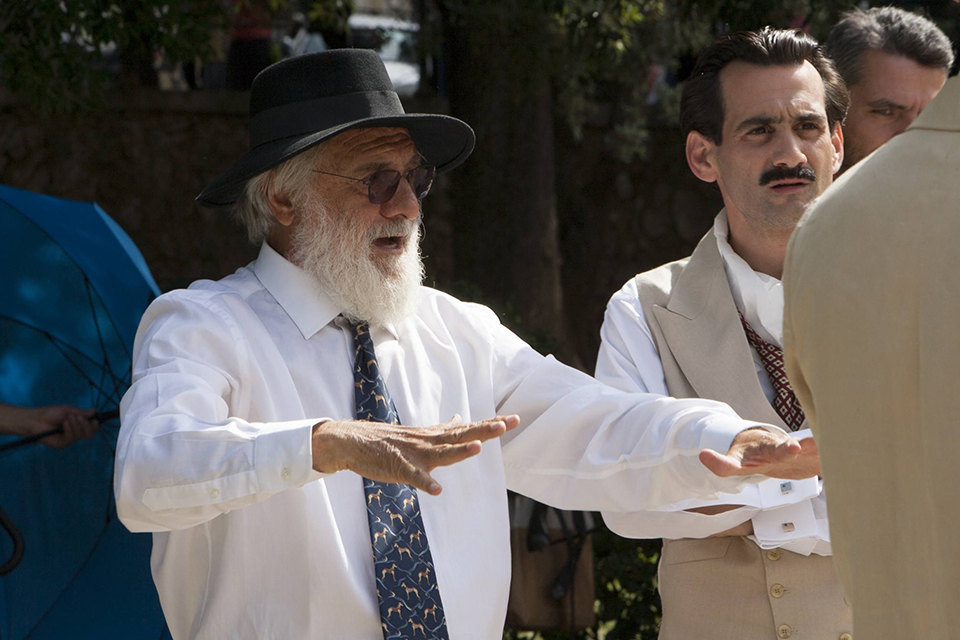 Y.S.: BEING A PROUD GREEK IN TIMES OF ANTHELLENISM

From the first moment that we met, our conversation with Yannis Smaragdis was taken to a higher level –deeper, more intelligent and spiritual, accredit to this great Greek director. “When [renowned Greek actor] Stathis Psaltis came to me, I told him: ‘Your acting skills are well-known already. What I want from you is to dig out your soul.’ His answer was: ‘That’s what I’m here for anyway.’ He knew he would die soon. Actually, he was gone before watching the film, he was only shown a few shots. Sometime later, a man who was well aware of psychic powers, came and told me: ‘the ethereal body of Psaltis must have left some eight months earlier.’ Only the ‘intelligent’ part of his existence had been there, so as to leave his trace in the film, just as he did on stage when he played Shakespeare. This happened –if all this is true– because he was a philanthropist. The universe, therefore, gave him the chance to remain in parallel so as to leave his mark the way he wanted, and then leave this world.”

After the “global Greeks”, Kavafy of Letters, El Greco of Arts and Varvakis of Benefaction, you chose to illustrate the life and work of the renowned philosopher Nikos Kazantzakis. Why him? And what do all these personalities have in common? These are sheer pillars of the Greek soul; pure light –and yet of Greek color–, personalities that showed deep and true love for Greece, the cradle of its people and of an entire culture. Furthermore, their work enriches the civilization that gave birth to them in the direst of circumstances. My wish was to communicate with what these persons represent: our higher self. I also believe that it’s not really the director who chooses the leading actor; there’s something that pushes you to do so, and when you do it with love, everything works out the way it should. 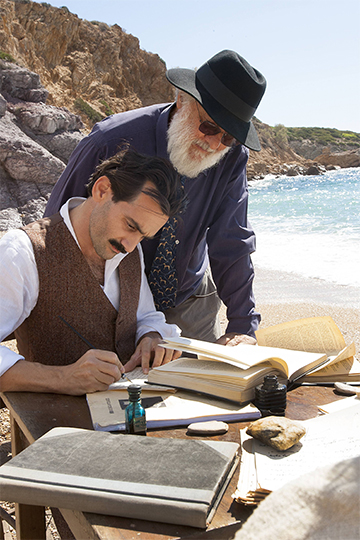 What was Nikos Kazantzakis’ greatest controversy? Being a proud Greek in times of anthellenism.

What does faith mean to you? It’s a subject that is illustrated in your film as well. Kazantzakis was fully aware of the Hyperuranion. Plato, Pythagoras, Jesus Christ, he felt them all deep inside. As we can see in his books “Christ Crucified” and “The Last Temptation”, he was obsessed with Jesus Christ. They called him a blasphemer, but they were ignorant, they hadn’t read his work. He was concerned with Jesus Christ because He is the Son of God that became human in order to follow the life of humans. He therefore had to suffer the “trial”, and the way He faces it is of utmost importance. And Jesus suffered it patiently. Kazantzakis faced all that criticism in the same way. He used an amazing phrase: There is a universal law which says that the Evil wins but in the end it is defeated. “If you are on the Good side, you cannot be defeated.” And he did so, with excellent life examples. 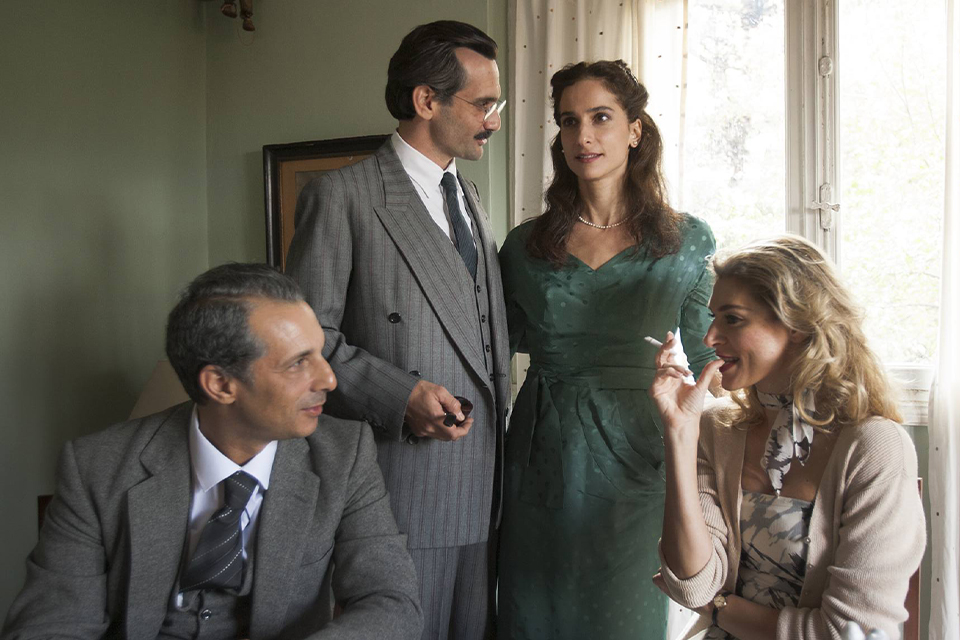 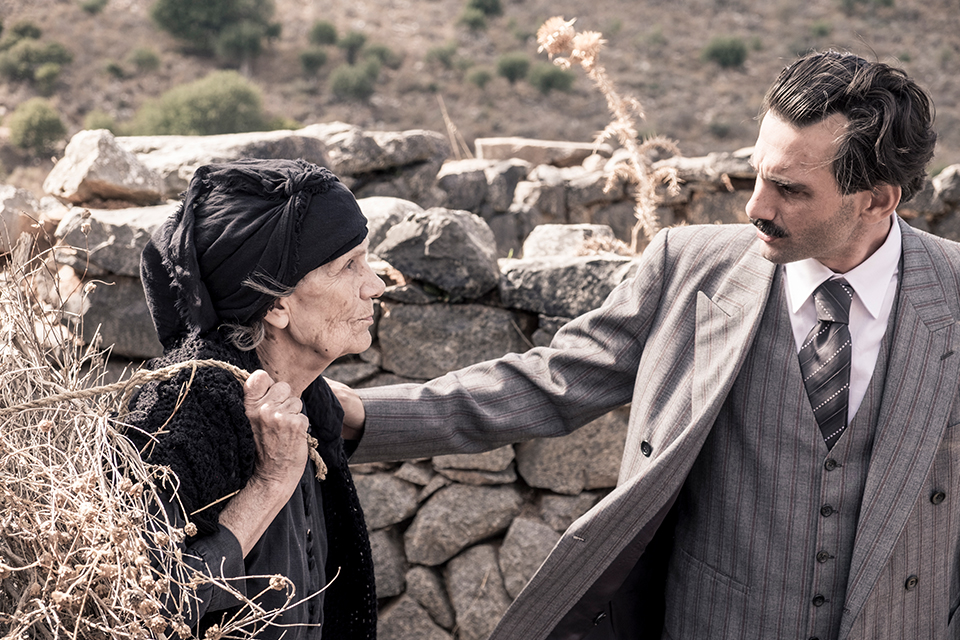 What connects Kazantzakis’s personality with the Cretan soul? He is the soul of Crete. His philosophy is the Cretan point of view that is summarized like this: “Life is an uphill road which you must walk in dignity and bravery.” Without any intent to insult anyone, we, the Cretans, have an extra layer of culture compared to the rest of the Greeks. It’s the Minoan Civilization. The frescoes of the Minoan culture do not illustrate weapons. Peace lasted no less than two thousand years for the Minoans. What is more, you can see flying gurnards in the Cretan frescoes, fish that try to fly. Kazantzakis tried to illustrate this Minoan attribute, presenting humans as the heroic element of Crete. Like the flying gurnards that rise, regardless if they might die of lack of oxygen or get injured as they fall.

What do you love the most about Crete? What you see is what you get. Its invisible body, that includes all the above, its strength. In the past, when the Minoan Civilization started fading, there were 12 sanctums in the world. One of them was found in Crete.

If you could describe Crete with one image, what would that be? Let me describe my image of Crete: To find myself at the edge of the coast, feel the breeze on my face touching me gently, not aggressively, as I watch all the shades of blue, from emerald to blue-black. This is something I haven’t seen anywhere else in the world. It is pure magic.